A whippet and his owner,
were happy as happy could've been,
but one day the whippet woke up a loner,
and his owner was no-where to be seen.

The whippet shivered and howled,
but his owner didn't come warm him up,
so the whippet ate more than allowed,
and licked up all the leftover cups.

The day wore on and his owner still didn't come,
so the whippet ran away, he was free,
but the day turned to night, and the whippet felt numb,
so he ran back home, O where could his owner be?

he curled up to sleep on a now too big bed,
with a sleepless night, listening for the door,
the whippet became sad and walked like a block of lead,
and without his owner he had no--one to stroke his head.

The next morning the whippet woke to laughter,
he lept out of bed, and ran to the door,
and the door opened to see his master,
but behind him was one more.

The owner was wearing all black,
and the other was a massive white dress,
and loving, she did not lack,
and barely notice the whippet's mess.

Now the whippet has two owners,
he will be as warm as he can be,
and the whippet will never be a loner,
not as far as he and his owners can see. 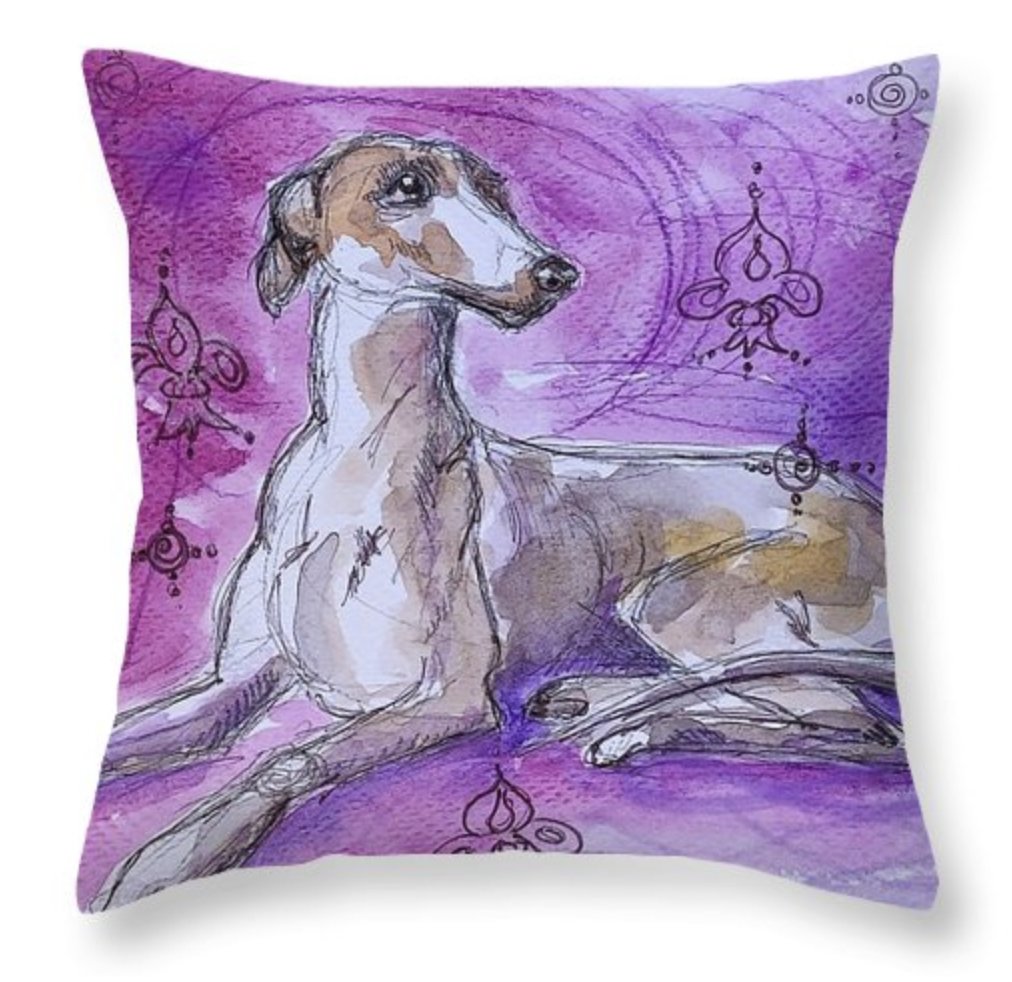